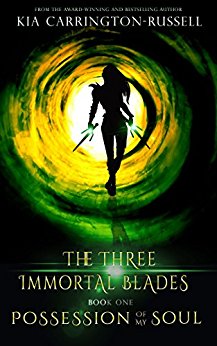 Karla Gray is an ordinary young woman that is taken from her mundane life into a world of blood lust as she begins to struggle with a unique ability. Karla is a Shielder; an exceptional fighter born with the rare ability to project a Shield for protection. However, Shielders are not the only kind that possesses such a talent. The Shielders battle a war that has been raging for centuries against Starkorfs, who harvest humans and Shielders alike to obtain a near immortality.
Alongside the charming Lucas and selfless Paul, Karla must unravel the purpose of her curse and battle an unknown presence manipulating her thoughts; a mysterious woman who may be dormant for now, but has every intention of possessing Karla- mind, body, and soul.
Within this new reality that Karla faces the search for the Three Immortal Blades begins.

Rise from the Ashes is Danny Hauptman’s first book – a shocking memoir about his life. He lays it all bare – his unhappy childhood and formative years, his experiences as a member of the Croatian Special Forces and his highly successful career in the security industry. The reader will inevitably be flabbergasted by the horrors inflicted on the author by his abusive parents and amazed by the author’s description of his life as a soldier, bodyguard, private military contractor and security guard protecting ships from Somali pirates.

Domestic terrorists have a highly placed mole in the Pentagon!
Following his tips, the New Left terrorists make massive weapons thefts, assassinate moderate leaders, and explode bombs in the Pentagon, Capitol Hill, and police stations. When the mole relays weaknesses in the storage of Navy nuclear weapons, the terrorists prepare a commando raid to steal warheads.

In the Pentagon, POW hero Captain Mike Duquesne becomes suspicious of the mole and enlists Leslie Thomas, a Navy staff lawyer, in his investigation. The terrorists target her for blackmail for a youthful indiscretion. Can Mike thwart a nuclear theft?