WELCOME TO THE ALCHEMIC APARTHEID…

For over one hundred years the Civic Order and the Alchemic Order have held a shaky truce, peppered by violence and mistrust. But when Koa, a Civilian-born insurgency, bombs an Alchemist summit, the truce is shattered. Now, Koa is rising. War is coming. And all sixteen-year-old Zeika Anon can do is keep moving as she watches the lords of alchemy slowly overtake her home.

But when clashes between Koa and the Alchemic Order put a final, deadly squeeze on the remaining Civilian territories, Zeika finds herself in the crosshairs of fate. She must walk the line between survival and rebellion against the Alchemists. On one side of the line awaits death. On the other, the betrayal of her civilization, her loyalties, and herself.

—
The first volume in THE BOOKS OF EZEKIEL series, THE GIVEN is a fast-paced, post-apocalyptic survival tale, set in the streets of a dying city that has been crushed by alchemic law. Layered with the elements of gritty crime drama, dark urban fantasy, hard sci-fi, and horror, THE GIVEN is a wild ride to the end of a young girl’s sanity as she struggles with an impossible choice: to keep one step ahead of a war… or to be consumed by it. 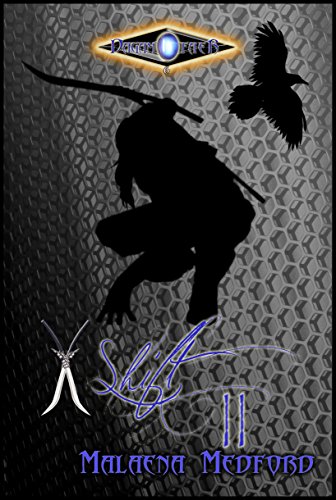 The story continues as Kangee faces new enemies, meets up with ancient friends, makes new friends and fascinating new discoveries, and circumstances defy all the laws of reality. A trip to a different safehouse brings with it untold mysteries and life-altering experiences. Not every change of scenery is a warm welcome, nor a breath of fresh air. A shadow lurks in the darkness, it could threaten to tear her family apart, forever.