Just as Sarah Martin and Jon Clayton say their vows, the police crash the wedding to arrest the groom.

Sarah is heartbroken and devastated, and her mother is on her to end the relationship, but Sarah knows there’s been a mistake. They have the wrong man. Jon is the most honest man she’s ever known. So what’s up? They have to prove his innocence.

Jon is terrified and can’t understand what’s happened. One minute he’s getting married, and the next he’s in handcuffs and being shoved into a police car. When evidence of John’s guilt is found, he swears he’s innocent. But how can he prove it?

Is Jon truly innocent, and does he have no idea how the damaging evidence found its way into his business? Are there more sinister people involved? Will Sarah find the evidence she needs to clear him, or will she find out he’s fooled them all? If someone else is framing Jon, who is it and what are their motives?

Jackson and Francesca, Cole and Evelyn: two baby boomer couples who have overcome their own personal hell

When Francesca and Cole pass away within six months of each other, Jackson and Evelyn continue the pen pal relationship the two women started some 52 years prior.

And with each bit of correspondence they find their hearts healing. Together, can they create a new and lasting bond? 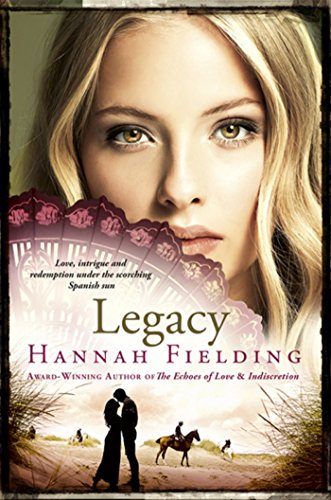 A troubled young journalist goes undercover in Spain, and finds her loyalties tested when love and desire unearth secrets she hadn’t bargained for. When Luna Ward, a beautiful ice-blonde graduate, is commissioned by a leading New York science journal to investigate the head of a Spanish alternative health clinic, she jumps at the chance. But her life becomes far more complicated once she meets the man she has been tasked to expose. Luna finds Rodrigo de Rueda Calderon to be a brilliant, outspoken oncology specialist with irresistible, dark gypsy looks and a devilish sense of humour. The pair are irrevocably drawn to each other, but how can she give herself up to a passion that threatens to topple all reason? And how could he ever learn to trust the person who has kept her identity from him, even though he has a terrible secret of his own? The lovers unearth dark and brooding dramas in their family histories, binding them together in a web of intrigue that threatens to bring their lives toppling down.