Jake is a human mercenary looking for a quiet place to rest, when his Protect Dar-dolf attacks the last living Henu, Arr. Feeling responsible, Jake stays on to care for Arr, as the alien with deep blue cat eyes and unusual abilities recovers.

Jake takes on the role of teacher, mentor, father, and lost brother for his new alien friend. He and Arr share adventures dealing with the Hydra, a race of lizard-like creatures who kidnap members of other species to sell on the black market as slaves; battle the Narnon on Gligula where Tuldavian Swamp Lizards lay their traps just below the surface of the slime; and engage in numerous other missions while learning to appreciate each others rare abilities.

Ultimately, they must face their toughest foe, the Helavites, a species which has been preying on the weaker beings in the universe for generations. In the underground catacombs of these beetle-like creatures a mystery is solved and the foundation for the resurrection of an old world are laid. 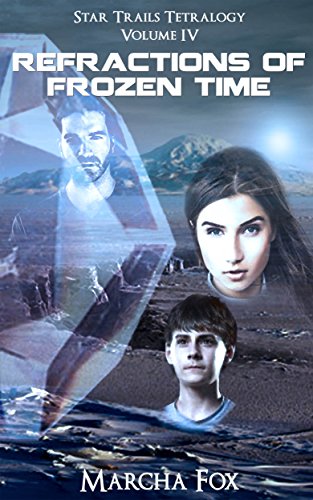 Deven discovers a new crystal which, combined with cristobalite, unlocks the portal between Local and Universal time, offering the potential Creena has been looking for to reunite the family at last. There’s one problem, however. Teleporting results in the correct location but the arrival time seems to be random, which has risky implications. Before she can unravel the mystery, however, Integrator commandos find their underground hideout, forcing a harrowing escape loaded with unexpected consequences. Believing they’re permanently lost, the dark and lonely days that follow change Dirck forever as fate plays out a hand dealt on Earth years before, ultimately revealing the crystals’ incredible secret.

Onboard the Bezarna Express, Laren’s efforts to exploit the ship’s dirty little secret backfire, putting him more at risk than ever before, his survival dependent on ground intervention. Little does he know that the solution has been with him all along, quietly lurking in a device that operates strictly on the principle “If you don’t ask, you don’t get.” Meanwhile, Augustus Troy, Laren’s long-time nemesis, gains more power than ever before coupled with being armed with a weapon capable of wiping out anyone opposed to his despotic goals.

Do the Brightstars have what it takes to survive much less prevail at their final confrontation with the Integrator and his evil proponents? Or will the family’s longed-for reunion take place in another dimension of time and space? Find out in this suspense-laden conclusion to the Star Trails Tetralogy.