The Ritual of the Four: Coming of Age Romance Paranormal Fantasy 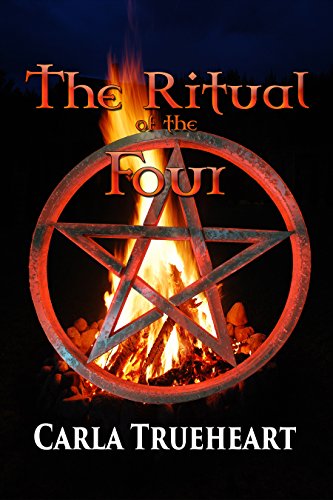 For sixteen-year-old Shaw Huntley, a normal day includes running from two men who want to kill him. Shaw has a dark ability: using only the power of his mind, and visualizing a specific gold and jeweled dagger, he can telekinetically cut or slice objects. If he gets angry enough, he can even cut people. Unfortunately, the two men chasing him murdered his father in search of the physical gold dagger currently in Shaw’s possession—and they will stop at nothing to track him down and obtain it.

When Shaw ends up in Rockpoint, New York, he meets Melody Tufts, a gamer who finds a mysterious triangular symbol on the hilt of Shaw’s dagger. After some investigation, Shaw learns his connection with the dagger and his dark ability were the results of a secret ritual—The Ritual of the Four—performed centuries ago by his ancestors. His dagger is number one in a group of four unique items, each one representative of the four magic elements: fire, water, air, and earth. He also learns there’s a way to reverse the Ritual of the Four forever so he can stop running, settle into a school, and perhaps even begin a romance with Melody. But after the two embark on a dangerous quest to reverse the ritual, decoding clues and unearthing maps, Shaw questions if he wants to toss away his ability—or finally face his foes.