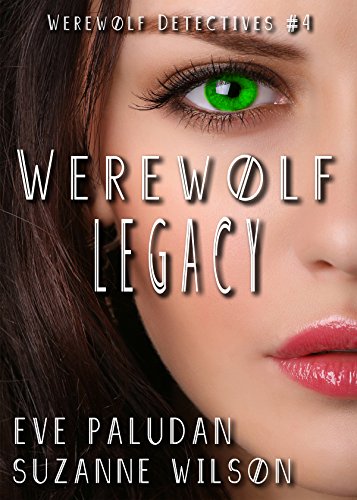 After Tatiana and baby Abram are kidnapped, the werewolf pack is thrown into disarray as the Alpha female and baby Alpha male are nowhere to be found. The pack members are clueless, and Karina and Jack, with help from Babushka, try to solve the disappearance of the two pack members. However, Karina and Jack also have paying investigations coming out of their ears, including some dangerous ones that involve the pursuit of serial killers.

Meanwhile, a ghost from Babushka’s past is haunting the art studio in the pack house. He’s trying to tell them something, but what? It seems as if venomous vampires may have had a part in the disappearances. And as the kidnapping investigation continues, Babushka casts a secret witch spell on a werewolf as Karina and Jack face animosity from the pack, as well as cope with mysteries unfolding that do not bode well for the future of the pack.

When an old enemy of the Romanovs rises up and threatens all they hold dear, will Karina and Jack be able to stop the evil plot that’s been set in motion before it’s too late?