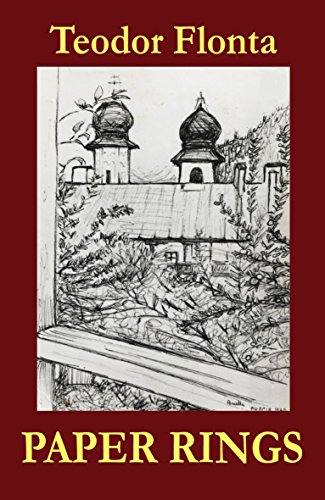 Teodor is just twenty-two, a student struggling to survive under the regime of President Ceauşescu. One day his world is turned upside down when a young language graduate, Ariella, arrives in the city at the 12th International Linguistics Congress. She is so different from any girl Teodor has met before – beautiful, bright and optimistic – and for him it is love at first sight.

But there is one big obstacle. Ariella is Italian and contact between Romanians and Westerners is not allowed by the laws of the tyrannical regime. Despite this, once Ariella returns to Italy, their relationship develops through correspondence, unknowingly, under the scrutinising eyes of the infamous Securitate. It is through Ariella’s vivid and hopeful letters that their love flowers. Attempts by Teodor to get a passport to the West to be with Ariella are thwarted by his family’s dissident past, as in the fifties his father had been labelled an enemy of the people. Ariella returns to Bucharest to visit Teodor and they decide that they were made for each other, and vow to get married.

However, as a result of their decision, the whole world seems to turn against them. Priests decree that, as a foreigner, Ariella can’t marry him in church, without their first producing a civil marriage certificate. The civil marriage celebrants tell them that Romanian citizens cannot marry foreigners without a special authorisation from the State Council, headed by Ceauşescu himself. They learn that it takes many months, or even years, to get the authorisation; and even then it is often refused. When Teodor applies for the authorisation the Securitate does what they do best: attempt to blackmail him into becoming a spy.

Teodor faces a difficult choice: agree to spy on the West and get the authorisation he and Ariella so desperately want, or stand firm against the government that has betrayed his family.