The Kiss That Saved Me (The Tidal Kiss Trilogy Book 2) 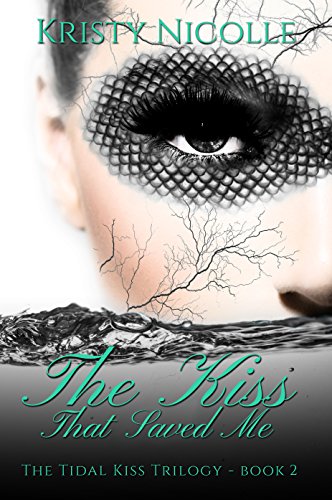 Four months have passed since the night Callie Pierce fulfilled her destiny as the Vessel and her world is shifting faster than ever before. The Occulta Mirum is in disarray, still reeling from the demise of its longest reigning monarch and its people have a decision to make, on which more lies balanced than they know. As Callie and Orion rise together to new responsibility, dealing with the consequences of what has passed, Callie finds herself changed and looking into the shadow of the deep for answers. The life she’s been thrown into isn’t what she expected, and as the responsibility of her new found position among the mer mounts, the cracks in the fantasy world she so loves are starting to show. Can then, the dark mystique of the Psiren’s world be what Callie was destined for all along?

Get ready to ride into the world of the Occulta Mirum at greater depth than ever before. As Callie learns the truth of the ancient agenda of three brothers, and comes face to face with the temptation and allure of what will seemingly save everyone she loves.

Congratulations to the winners of the Amazon Giveaway(s)!

Thank you for participating and keep on the look out for the next giveaways!

A Single To Filey: A DCI Tony Forward Novel 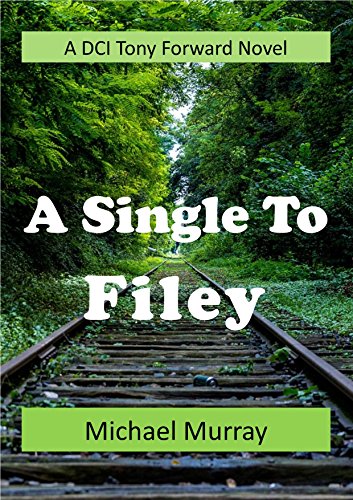 His latest production for the Sandleton-on-Sea Players is “The Cherry Orchard”.

It’s nearly midnight and he still hasn’t completed the dress rehearsal. Then duty calls: a man with fatal head injuries has been discovered in a remote bay on the East Yorkshire coast.

The man’s name is Mark Coulson and he’s the Headteacher of a local primary school. But no-one seems able to explain why this respectable, professional man was at such an isolated spot so late at night. His wife is the most mystified of all.

Why were Mr Coulson’s pockets empty? Sergeant Wilmott believes robbery was the motive. But if the killer had stolen Coulson’s car keys why is his car still parked nearby?

Was Mr Coulson murdered by a jealous boyfriend or husband? That’s what DC Diane Griffiths thinks. But Mr Coulson’s Chair of Governors says he was a boring man whose only interest was his work.

With such a baffling case to solve how can DCI Forward find time for “The Cherry Orchard”? 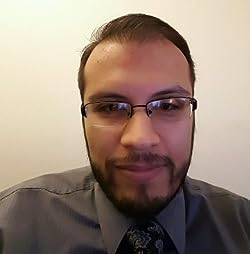 Abel Gallardo was greatly influenced by Greek mythology, comic books, and the fantasy/mystery novels he had read as a child. Shortly after graduating with his Bachelor’s Degree in Sociology, he began writing stories that reminded him of the adventures he cherished growing up. Abel Gallardo now lives with his wife and children in Albuquerque, NM.
www.abelgallardoauthor.com 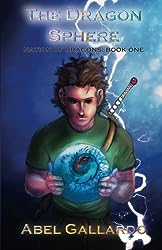 Landon Brown, fifteen year old high school football star, is always on the top of his game. That is until he receives a visit from an uncle he’s never met with information about Landon’s father, who disappeared without a trace thirteen years before. Landon learns that the life he’s been living is a lie and that his true nature is powerful and dangerous. He’s half dragon and a threat to the delicate balance that has kept dragon society hidden from humans for hundreds of years.

Landon now must learn about his dragon heritage and train to control his incredible abilities with the help of the Elder Dragons, a bizarre trainer named Alpha, and other dragonoids like himself.

He quickly realizes that the mysterious world of dragons, spirits, and secret societies are not for the weak. Tasked with finding the Dragon Sphere, an ancient relic harboring a terrible power that could destroy the world, Landon recognizes that he just might be way in over his head. Will he be able to control his new-found power in time for the fight of his life?

Come and have a look at our range of Fiction at http://beezeebooks.com/general-fiction-books/fiction/ 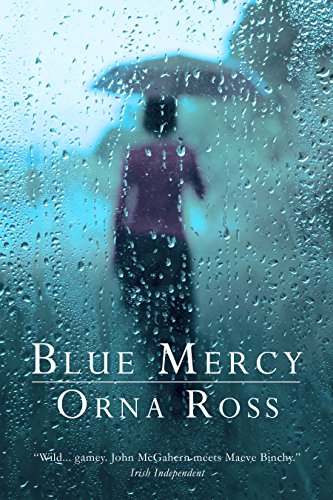 A literary family drama, with a murder at its heart, full of emotional twists and surprises
~~~
Will you side with mother or daughter?

When Mercy Mulcahy was 40 years old, she was accused of killing her elderly and tyrannical father. Now, at the end of her life, she has written a book about what really happened on that fateful night of Christmas Eve, 1989.

The tragic and beautiful Mercy has devoted her life to protecting Star, especially from the father whose behavior so blighted her own life. Yet Star vehemently resists reading her manuscript.

Why? What is Mercy hiding? Was her father’s death, as many believe, an assisted suicide?

Or something even more sinister?

She Runs Away (The Sheridan Hall Series Book 2) 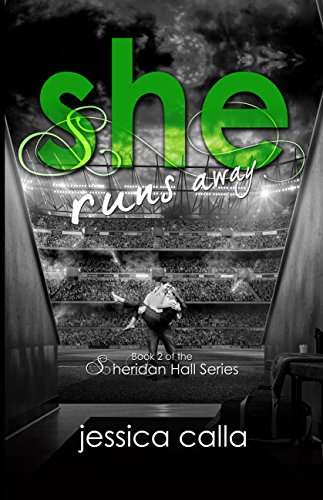 After tragedy strikes New Jersey University’s Sheridan Hall, freshman quarterback Ben Riley’s stable, normal life is turned upside down. Sidelined from playing the game he loves and on the verge of losing his scholarship, Ben wants nothing more than to escape the chaos of college and return home to rural Pennsylvania and his family.

Yet, there’s something that keeps him from running. Or someone. A cute blonde he had a chance with but blew off for all the wrong reasons.

Megan Smith has secrets. Secrets that have burned her in the past. Secrets she’s unwilling to share with anyone at Sheridan Hall—especially Ben, her sexy, rough-around-the-edges floormate who broke her heart in a matter of days after moving into Sheridan. Meg decided early on that it’s easier to live life on her own than to share her secrets and let people in.

Meg runs, and Ben follows. But sooner or later, the clock on their chance at love will expire. With inner demons dragging them both down, they must find a way to stop running and trust one another or risk losing their perfectly matched love forever.

The Witch of Bracken’s Hollow: The Witching Hour Collection 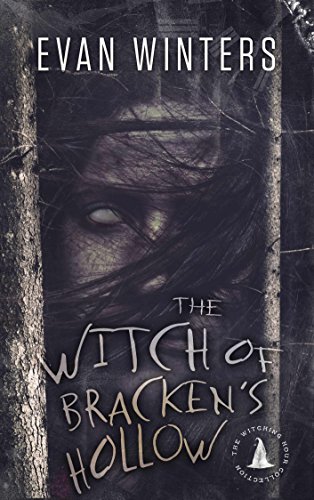 Damon knows that the Witch of Bracken’s Hollow is just a myth. He knew it when he was a child and his friend Rachel drowned in Deep Run Lake and became another victim of the legendary witch. And he knows it now that he is a youth pastor in charge of a camp full of teenagers meeting at the same lodge where Rachel drowned all those years ago.

But as memories of Rachel’s death play on Damon’s mind, he finds the boundaries between reality and fantasy blurring before his eyes. When a voice whispers Damon’s name at the witching hour, he must sort out history from myth, fact from fiction, and he must do so before the children he is charged to care for suffer the same fate as Rachel.

See the finest selection of Romance books at http://beezeebooks.com/romance/romance-2/

Luke Skaar is a young man who struggles hard to find his place in this world and hides his doubts from everyone – especially from himself. , Loved by women, surrounded with friends, working in a bar, and blowing off steam with his adrenalin filled hobbies, he seems the most careless guy in the world. But he’s not. He’s burdened by the memory of his accident and by the inexplicable things that have been going on ever since. When finally he gets a chance to start anew, his life becomes even stranger. And spooky. On his way to The Farthest Islands, he meets a woman who mesmerizes him completely, and suddenly, he finds himself in a chaos of fear, doubts, passion, and attraction. He tries to get to the truth, but sometimes, the truth is just too much to take. 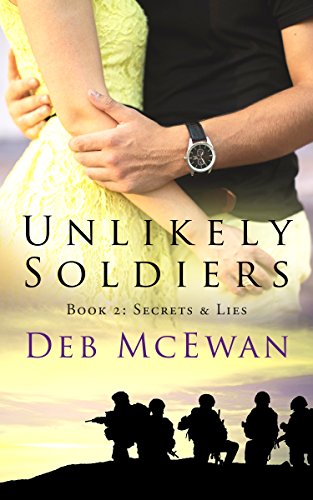 ARMY LIFE BACK IN THE DAY
Forced apart by their Army Service, will the Falklands War, the troubles in Northern Ireland and a posting to the British Army of the Rhine be the kiss of death for Mouse and Guy’s relationship?

Is their passion strong enough to survive a dangerous vendetta or the personal tragedy of a close friend?

Misguided acts carried out in the name of revenge and honour have life-threatening consequences in this gripping sequel of deceit, desire, and duty.

Can love really conquer all? 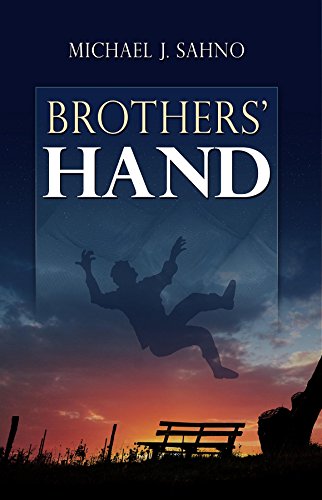 Small town upstate New Yorker Jerome Brothers loses his hand in a tragic fall, then falls even harder for his physical therapist, Maria Santisia. Can even the most romantic one-armed man get the girl…if she doesn’t get his full cooperation in therapy?