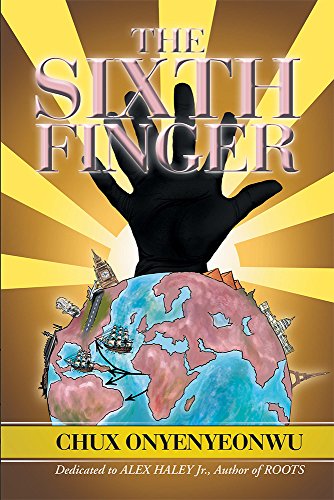 It is the saga of a typical family in a tropical African war-faring community that had its members dispersed to strange lands through the inglorious trans-Atlantic slave trade via the deep throat of an oracle that devoured the guilty. They began a painful journey of no return to exotic lands only known to the migratory birds that pass overhead, with a resolve to return to expose the well-kept secrets of the sham of an oracle that was long…

Over the two hundred years, a physical feature remained invincible and indelible in them. It remained a recurrent decimal from Africa to Cuba, from Cuba to America, and to the end of the cosmos. It became proof of their identity: The Sixth Finger. Even as they rub shoulders with the high and mighty, or serve in various down-trodden capacities, The Sixth Finger stood out and remained as constant as the rock of ages.

With the good, the bad, and ugly all masked and dining together, would the clinical precision of training received back in the homeland that had been passed down from hand to hand to enhance their survival be resorted to? Would they once again surmount the siege of modern-day trials and challenges that threaten them to the core to tell their own stories?

As the world and indeed the cosmos rise together to applaud one of their greatest achievements, would they, like chickens, come home to roost? Would the very reliable Sixth Finger point the way home, back to their roots? Would The Sixth Finger prove that it is indeed God in the affairs of men?