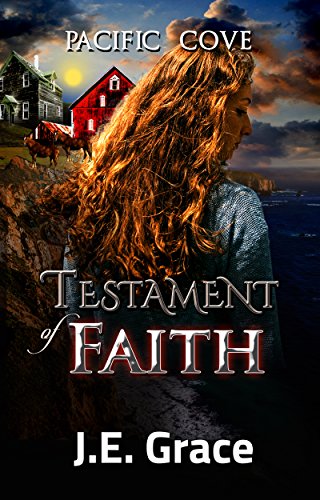 Jason and Naomi’s son, Peter, returns home from college and back to the ranch he loves. A series of devastating events will test their strength, faith, and their hope for the future. Can they endure the hardships?

Through their own personal loss and that of their friends, they learn to lean on one another when all hope seems lost. Out of sorrow will come healing and out of healing great joy.

This is a story of struggle, grief, and loss, but also one of victory. 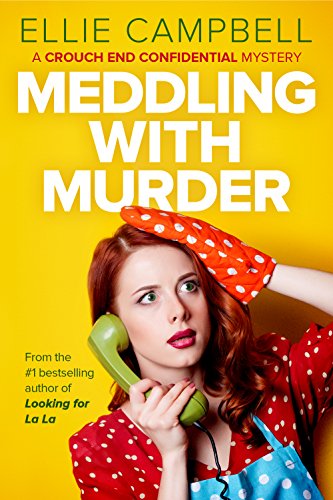 Crouch End Confidential, the agency started by housewife and mother, Cathy O’Farrell, with ex-cleaner, Pimple, is failing badly. Hardly surprising when Cathy’s too soft-hearted to charge their only clients, little old ladies seeking lost pets and a school kid searching for his stolen bike.

A new case involving a teenager in possession of an unexplained Glock pistol promises to change all that. Quickly Cathy’s deep in waters over her head, forced with hilarious results to pose as a mathematics tutor, a subject of which she’s truly clueless. There’s also the tricky situation of best friend and new mother Rosa hiring her to investigate her fiancé, Alec, plus the mysterious sabotage of Cathy’s friends’ cycle shop and a gang of yobbos dealing drugs at her children’s primary school.

Worst of all, an ill-fated trip to rural Norfolk has Cathy’s husband, Declan, intent on buying a post office and transplanting the family to safer climes, threatening to tear Cathy permanently from her beloved North London home.

Pretty soon Cathy’s risking her friendships, her marriage and even her life untangling all these messes. But that’s what you get for meddling in murder…

Brotherhood of the Blade: The First Three Books 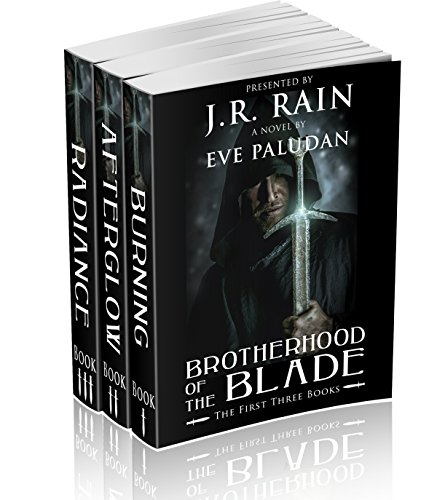 BROTHERHOOD OF THE BLADE: THE FIRST THREE BOOKS

In BURNING (Book 1):
What would you do if everything—and everyone—you loved was taken from you?

Rand Sebastian, ex-Navy SEAL, is about to discover that diabolical evil exists. When vampires come after him and his family, his daughter is kidnapped and his world is turned upside down.

Now, he will do anything to stop the vampires. He joins the legendary Brotherhood of the Blade in a remote castle in Switzerland, and with Ambra—his vampire hunter partner who is as beautiful as she is deadly—Rand will learn all the skills necessary to destroy the vampires who prey on humans. And he will use all of the Brotherhood’s resources to comb the world to find his missing daughter.

In AFTERGLOW (Book 2):
A vampire hunter returns to the castle as a vampire. She’s now very dangerous, but she’s asking for sanctuary. She reveals intel that leads Rand on a mission to Romania to seek his kidnapped daughter. Planning a one-man invasion, Rand is stunned at what he discovers—it will take all of his courage and training to go up against the most evil vampire who ever existed.

In RADIANCE (Book 3):
Will the Brotherhood of the Blade be forced to recruit a vampire into their vampire hunter ranks?

When Rand Sebastian fights Delilah, an ancient vampire, she reveals something so shocking that it nearly destroys him. But is it the truth?

When he considers hiring a vampire to join Brotherhood of the Blade, it will set in motion a series of events that will test his fighting skills and his belief that goodness will always triumph over evil.

Samantha Moon, the vampire detective from J.R. Rain’s Vampire for Hire series, lends a hand in developing tactical weapons to fight vampires—and tries to help Rand find his kidnapped daughter. But time is running out and the clock is ticking…

The Masters Men Collection,Books 1-3 plus Novella 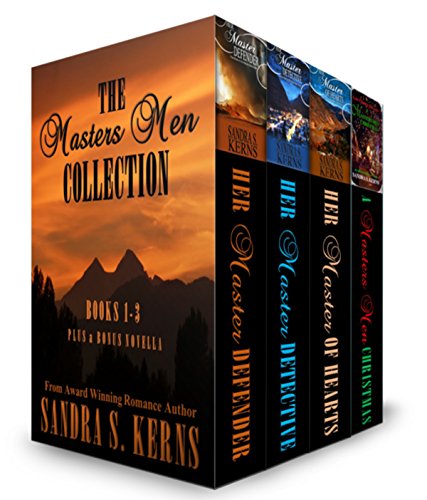 Nothing makes a man want a woman more than her saying she doesn’t want forever.

The Masters brothers never back down. Drug lords, the mob, or gold-digging gigolos they can handle, but women? That’s different. The Masters Men are always willing to protect and serve. It’s their life. Just don’t ask them to get emotionally involved. Emotions make you weak. Caring dulls your edge. And tears? Let’s just not go there. Unfortunately, they’re about to meet women as resolute as they are to keeping their distance.

Her Master Defender – Meet Major Dos Masters as he faces a fate worse than death; having to resign his commission. Before that combat boot falls, he meets his CO’s gorgeous but mule-headed daughter. He thought being captured by a crazy drug lord was hell. He’d never dealt with Copper Kerrigan. When his CO tells him he’s concerned about her safety, Dos can’t walk away. When did mule-headedness become so tempting?

Her Master Detective – Detective Tres Masters made the marriage mistake as a rookie. He’d learned his lesson well. No more romance for him. When he meets Copper’s friend Izzy, he’s intrigued. She appears as anxious to avoid Copper’s matchmaking as he is. Later that day he learns she’s been in an accident, only it wasn’t an accident. He can’t walk away from someone in danger, but does she have to be so damned desirable?

Her Master of Hearts – Assistant District Attorney Ace Masters, oldest of the triplets, has had the hots for his brother’s partner Gina for years. Whenever he thinks things are getting too comfortable, he backs off. There’s only one problem, this time she’s the one backing off and playing it cool. Although he thinks she’s up to something, he’s determined to play along until he sees her with another man.

Last Chance for Love – A Masters Men Christmas Novella – After meeting Gina’s aunt in Her Master of Hearts, you know she’s had enough of men. However, the partner of the Masters brothers’ deceased father and their close friend finds he is unable to walk away from her. They’ve both lost loved ones and he never thought he’d love again. Seeing Camille has his heart racing. Can he convince her it’s worth the risk again or will an old adversary kill his last chance? 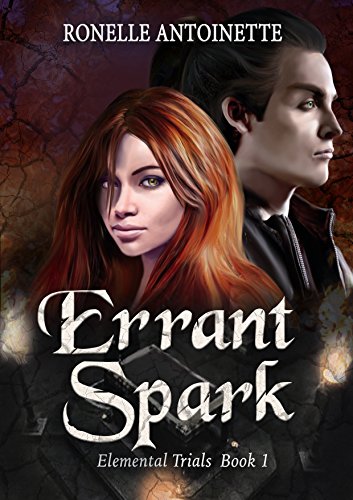 They say to keep your friends close and your enemies closer, but In Egalion’s Imperial court, you can’t tell one from the other…especially when they change at the flip of a coin. Behind the luxury and splendor lies a realm of treachery where cloak-and-dagger political maneuvering threatens to destroy the peace of two thousand years.

Twenty five-year-old Battlemage Jex Xander has a mouth that frequently gets him into trouble, while in contrast, Enari Namelum speaks not at all. When Jex becomes the target of a faceless curse-slinger, Enari, the girl he has protected since the day they met, must now protect him. A string of ritual human sacrifices coupled with Jex’s growing inability to keep his feelings (and hands) to himself only serve to complicate matters. Amidst the mounting chaos, passion and romance should be the last thing on their minds, but life and the Goddess seem to have other ideas.

In a world as enticing as it is perilous, love, danger, and magic will collide, leaving lives irrevocably changed. The events of a single summer stand to change the course of more than just the kingdom of Egalion and the ones dismissed as pawns may yet prove to b the most important players.
Errant Spark is the hush before the storm, the last deep breath before the plunge. The flint has been struck and it’s possible the whole world might go up in flames…because love in the Imperial court is as dangerous a thing as backroom politics and jealousy can be as much a driving force as silver and gold

See our latest Discounted books at http://beezeebooks.com/discounted-books/ Take a moment to browse around. 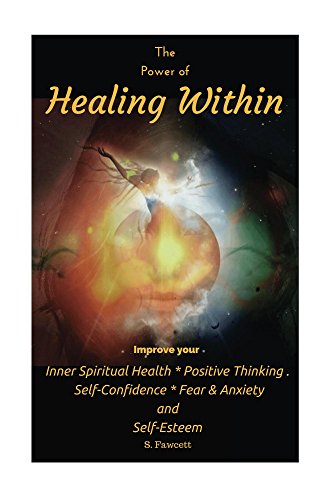 Life is full of ups and downs. For most of us out there, some of the challenges we face can be stressful and daunting.

Yet many around the world feel crushed under the weight of their own negative thinking. Their self-esteem, spirit and confidence have been engulfed in a darkness that has extinguished their warming and positive light they once had.

So how do we encourage our energy to move into a more possible position in which to take on life’s challenges? In this book the author offers invaluable tips and advice which encourage your inner-spirit to re-grow healthily.

Self-esteem, confidence, positive thinking and the ability to adapt and change in an increasingly demanding world are all discussed. The author also highlights personal issues and how they overcame them.

The Power of Healing Within is a powerful aid in changing your negative self into a more positive, strong and self-assured individual. 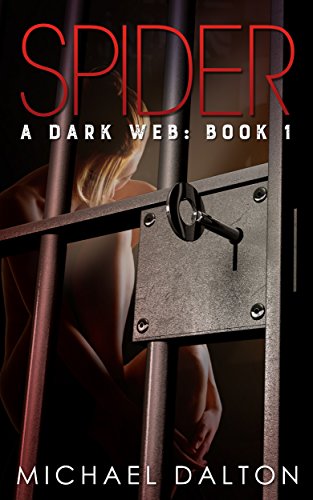 A deeply jaded ex-CIA agent with a long-held grievance. A disillusioned politician’s daughter, called to account for her father’s sins. A teenage prostitute in a hopeless downward spiral.

San Diego lawyer Cassandra Dunne is trapped in a world she wants no part of, with a father whose career has controlled the entire trajectory of her life. But when she is yanked out of this existence by a dark man with a terrifying past, she must re-rexamine everything she thought she understood about herself and her father.

For the man holding her is no run-of-the-mill kidnapper. He was once of the CIA’s most dangerous agents, a man whose moral compass has been destroyed by a decade of torture and murder—and the methods he honed at the behest of men like Cassandra’s father he soon turns on Cassandra. Confined in a mysterious cell in an unknown location, tormented by a teenage girl whose behavior makes little sense, Cassandra can only survive by coming to understand the true meaning of freedom.

Redemption is there. If only she can take it.

I got my SIGNED copies of 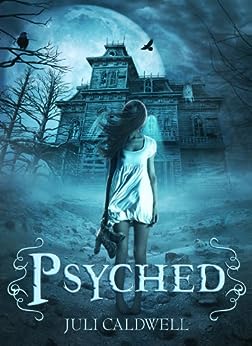 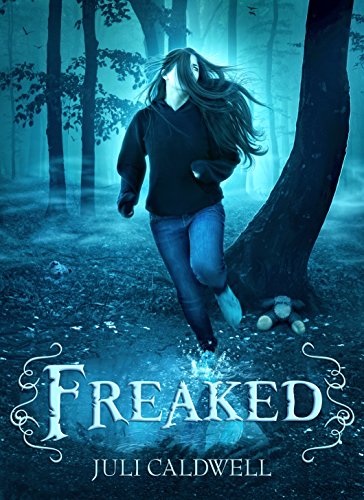 Ben and the Watcher of Zargon (The Six Worlds Book 2) 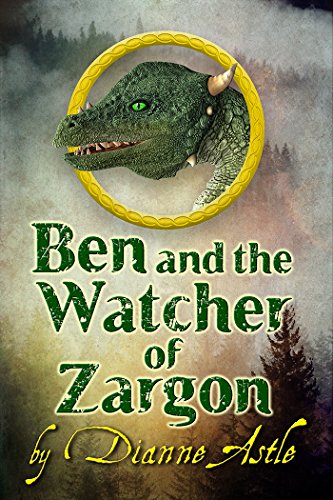 Grade ten isn’t turning out the way Ben hoped. Ben’s best friend is no longer his roommate, but has been replaced by a strange boy who follows Ben everywhere. Jealousy awakens the dragon fire within Ben when the girl he likes returns to school with a boyfriend. That fire and the scales peeking out from under his shirtsleeves are making it increasingly difficult for Ben to keep his secret. Ben needs to go to his mother’s home world to learn how to transform into a dragon. Meanwhile Ben is changing and if the training comes too late he is in danger of becoming something that is neither human nor dragon.