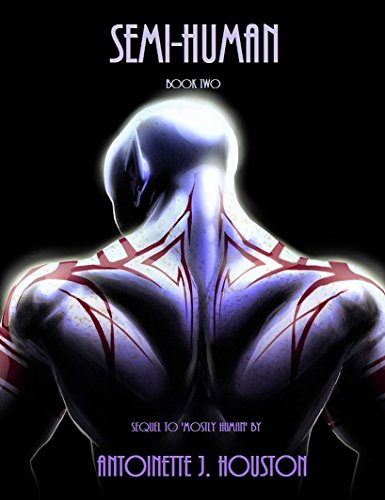 Honey was finally seeing and feeling the side effects of the Celestial parasites that Det. Kiet introduced to her system in order to ‘help’ her. The Tkmaortians parasites were supposed to make the fusions easier, to strengthen her body. So she found herself considering getting closer to Sammus, but Jet’s new information was causing her to put the brakes on her budding relationship even with Sammus’ being ready to dive head first into commitment. In the middle of that confusion, Honey is suddenly faced with the Dashoue challenge initiated by Evvie and must fight to defend her honor, and her mating.

Despite her surface bravado, Evvie was full of doubt about the challenge. She felt she had to come up with another way to prove she could be a star too. Will her ill-considered plans boost her popularity, or destroy her career?

The attraction between San and Jelia was becoming too strong for them to ignore. Jelia’s father was taking notice, and his opinion wasn’t a favorable one. San must come up with a solution before the Alpha took steps of his own.

Bo couldn’t believe how easy it was to ruin Jet’s idyllic life, chipping away at Jet’s already decaying relationship with his children. But soon Bo began questioning his plan as he grew more attached to Honey. Could he stick to the plan, or would his emotions lead to mistakes that would ruin his revenge?