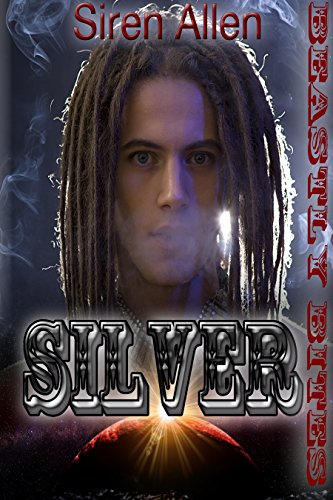 All Malia Valdese wants to do is survive in the Outlands and serve food to the patrons of her diner. She doesn’t want anything to do with the handsome silver-eyed stranger who keeps showing up after closing time, asking her weird questions and making her feel something she hasn’t felt in years, desire.

She doesn’t care that he’s the sexiest male she’s ever seen or that he stares at her like she’s the main course. Steering clear of him is her plan. Well, it was the plan, before he turned her world upside down with four words…. You’re coming with me.
Apparently she has no say in the matter.

She’s not on the menu. But she’s what he hungers for.
Her scent tells him she’s his and the wanted pictures popping up all over the dark-net tells him he needs to lay low for a while. Having her next to him in bed while he tries to clear his name is the plan. Unfortunately, his enemies are closer than he thought and now they’ve found his weakness…. her.

Can he shield his mate from the consequences of his dark past? Or will she flee to his enemies to escape him and the intense emotions he stirs inside of her?

No matter what she chooses, he has no intention of letting her go… ever.