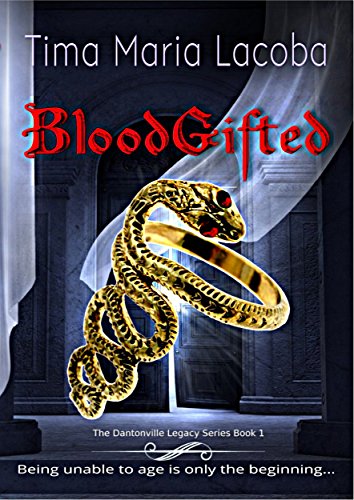 Being unable to age is just the beginning.

What if you had the power to lift an ancient curse but at a frightening price? Primary school teacher Laura Dantonville’s ordinary life comes to an end when she learns her family’s ancestral legacy, and a shocking secret that explains her strange inability to age.
Propelled into a violent underworld ruled by magic, murder and mystery, and stalked by vampire clans who covet the rare gift her blood bestows, Laura has to consent to the protection of a guardian – Alec Munro, powerful leader of the Dantonville clan. Despite a powerful attraction between the two, she discovers a far more intimate association between them is necessary if she is to end the curse that has plagued her family for centuries.
With time running out, Laura must decide to which world she belongs – human or vampire? Can she tread a delicate path between the two? Or will her fate – and that of her family – be decided by her police detective boyfriend, Matt Sommers, who is determined to destroy anyone who stands between him and Laura?