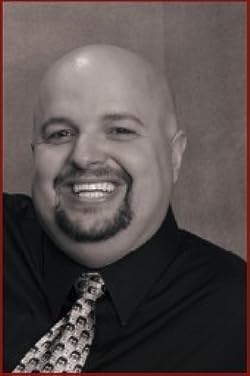 Perhaps you wouldn’t characterize the Finance Manager of your local automobile dealership as an Amazon best-selling author–until you get to know Todd Thiede. He has worked for the past decade at Elmhurst Toyota, but Thiede is in the driver’s seat as the writer of a murder mystery series featuring his hero Detective, Max Larkin. “Time Killer,” which Kirkus Reviews deemed “a fast-paced thriller” that will “keep crime and thriller fans wrapped up in its twisting plot, fast pace and memorable detective.”

In the small city of Rockton, Illinois, someone is tired of waiting. He’s tired of standing in line at the grocery store and tired of waiting at the drive-through line. Now he’s doing something about it.

The first murder rocks the city. The entire Bjornson family—except the father, Stephen—has been brutally murdered, and the killer has left a message behind, written in the victim’s blood: Don’t Waste People’s Time. It’s a grizzly start for two young detectives who’ve just become partners. But Max Larkin and Jesse Fairlane put their personal distaste for each other aside and start concentrating on how to find the killer from striking again.

As they investigate the scene of the crime and interview Stephen at the hospital, the clues slowly begin to add up. Could this be a deranged killer who struck ten years ago and has now returned to the area? Before they can answer that question, another murder is reported, and Max and Jesse suddenly realize they have a serial killer on the loose.

But as they get closer to the truth, a past memory begins to haunt Max, one that might lead to a break in the case—or the end of his career.