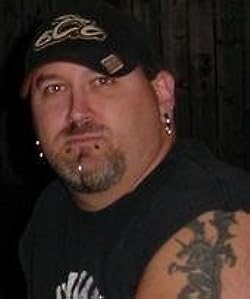 I don’t have any pretentious titles to wow and amaze you with so you won’t hear how I attended Harvard, got a degree in astro physics, and lecture at the University on quantum physics. I’m a Dad, a former U.S. Marine that has been all around the world, a musician, and a blue collar worker with a love for theology; but at the end of the day I’m just an everyday guy with a vivid imagination that loves to read and write.

Cast the First Stone (The Road to Redemption Saga Book 1)