An apocalyptic event strikes without warning, wiping out power and communications throughout the country. Amid the ensuing chaos, a six-foot-ten-inch tall killer who claims links to Jack the Ripper escapes custody. Seemingly unstoppable, he leaves a trail of death and destruction in his wake.

A lonely figure wracked with guilt haunts the scene of a childhood accident, while in the village of Churchend; retired hypnotherapist Michael Anderson suffers an extreme reaction to a mosquito bite. The resulting delirium and soul searching convince him his life is about to change – but first, he must fight to stay alive. 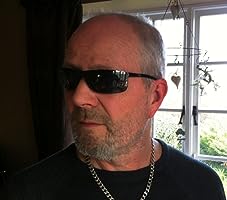 It is said that everyone has a book inside them, and I’ve wanted to write mine since I was seventeen. It took a long time, but now I’m finding it hard to stop.