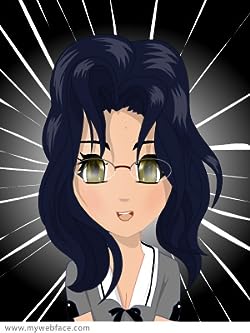 I’m French and I’m Canadian. I will speak bits of Spanish if you torture me.
I love music, Ceylan tea, and Hazelnuts flavored coffee.
I have two plants I try to kill on a regular basis (tell me about resilience) and a cat with an attitude.

Her most recent book

When Salome enlists in the Medieval Latin Literature class, her plan is fairly simple : meet the evasive Professor Graham face to face, pick his brain about the Pierce riddle, and be on her way before he starts spelling ‘treasure hunter’. As best laid plans go, though, by the end of her first class, she and the famous scholar’s son, Alec, are fighting like cats and dogs. Bickering leads to kissing and kissing leads to… well, more arguing.

Born in upstate New York, Sandra is officially the only Yankee in her family (and yes, a die-hard Yankees fan), as the rest were born in Kentucky. If you ever speak to her in person, don’t be surprised when a “y’all” pops out. Sandra has always loved words. By seventh grade she should have known she would be a writer, when much to the regret of her classmates, she chose idiosyncrasies as a spelling word. One of the high points of her life was the first time she beat her mother at Scrabble!

Jonathan Smitt has sold his house hoping the money will get him and his kids through until he can find another job. His wife ran off with her lover eight months ago after delivering twins, leaving him with three children and two infants. When Ace Masters calls asking for help with his security company, Jonathan can’t believe his luck. Unfortunately, his wife’s lover calls with a cryptic message, insinuating trouble if Jonathan doesn’t cooperate. 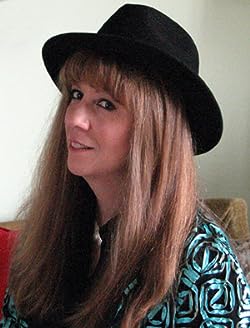 Mae loves creating character-driven fiction in settings that vary from contemporary to mythical. Wherever her pen takes her, she flavors her stories with conflict, romance and elements of mystery. Married to her high school sweetheart, she lives in Pennsylvania and is passionate about writing, old photographs, a good Maine lobster tail and cats.

Want to learn more about her?  Check out her blog! http://maeclair.net/

Her featured book on Amazon

AS CHILDREN THEY PLAYED GAMES OF MYTH AND MAGIC…

Veronica Kent fell in love with Caith Breckwood when they were children. As a teenager, she was certain he was the man she was destined to marry. But a traumatic event from Caith’s past led him to fear a future together. He left Veronica, hoping to save her from a terrible fate. Twelve years later, Caith, now a P.I., is hired to investigate bizarre incidents at the secluded retreat Veronica manages. Returning to his hometown, Caith is forced to face his nightmares—and his feelings for the woman he’s always loved.

THEN ONE DAY THE MONSTERS BECAME REAL.

Honey Cantrell was a comic book geek who enjoyed hanging out with her arcade-hopping friends. Then the aliens known as Celestials showed themselves to Humans, and Honey was thrust into a life she had never imagined. Things got worse for Honey when one of seven Celestial Orbs chose her for a role she was not qualified for. The Celestials needed a captain for their massive ship, a ship with a mind of its own, and the Orb selected Honey. Honey had barely adjusted to the new responsibility when her Orb revealed a new, darker secret. Her humanity was at risk. She had become the reluctant subject of an illegal experiment implemented by her Orb’s previous owner. Her body was changing and no one knew what to expect, least of all Honey. With her future up in the air, she is forbidden to share her secrets with anyone. Resenting the lack of control over her own life and her new responsibilities, she closes herself off. Honey attempts to be as unsociable as she can…until she meets her new partner, Sammus. After that, she is forced to deal with unexpected feelings, jealous squad members, a plot for revenge, and a dangerous alien mating ritual. All Honey wanted was to be invisible but it’s getting harder and harder. Can she build a relationship with Sammus? Trust her classmates? Lead a ship filled with aliens? Most importantly, can she learn how to thrive in this new body, now that she’s only Mostly Human? He is the author of the Cramped Quarters series, and his short story The Dead and the Dying will appear in Annie Acorn’s 2015 Spirited Tales.

An evil guardian, a bat in the attic, an untrustworthy poet, and a wealthy young lawyer named Paul all drive Ron’s ghost as she strives to escape the shackles that bind her.

In this, the final offering in The Cramped Quarters series, Mary finally reveals Paul’s Story. 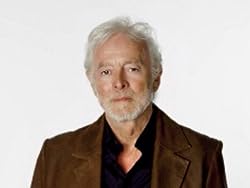 After an early retirement at fifty years of age, he was able to pursue the dream seriously. From that dream came his debut novel, Birth of an Assassin, the first in a series. 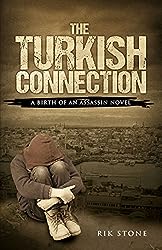 Mehmet battles for daily survival in the murky Istanbul of 1951 while being forced to learn the craft of theft and violence alongside the other street children. Come evening he curls up under a stinking jetty in a waterway off the Bosporus Strait. Desperation fills him as he yearns to break free from the life inflicted on him by his drunken, womanizing father, little knowing that his rotting body lies at the bottom of those same waters. 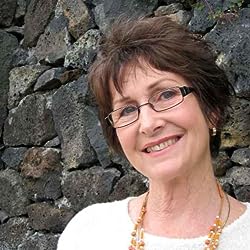 Although she writes from personal experience, she also uses anecdotal information from conversations and other peoples’ stories, resulting in her characters taking on a life of their own and becoming larger than life. She enjoys a wide variety of personalities.

Bethany, recently returned from Europe, seeks medical advice for a stomach upset. Because of her mixed parentage, she has inherited a specific gene, which has made her a candidate for colorectal cancer. She challenges her diagnosis; she is too young for this kind of condition and she has too much life to live. And so she sets off on a whole new journey of discovery, taking her eclectic group of friends with her.