The letter that turns Tommie McCloud’s world upside down arrives from a stranger only days after her father’s death. The woman who wrote it claims that Tommie is her daughter—and that she was kidnapped as a baby thirty-one years ago.

Tommie wants to believe it’s all a hoax, but suddenly a girl who grew up on a Texas ranch finds herself  linked to a horrific past: the slaughter of a family in Chicago, the murder of an Oklahoma beauty queen, and the kidnapping of a little girl named Adriana. Tommie races along a twisting, nightmarish path while an unseen stalker is determined to keep old secrets locked inside the dementia-battered brain of the woman who Tommie always thought was her real mother. With everything she has ever believed in question, and no one she can trust, Tommie must discover the truth about the girl who vanished—and the very real threats that still remain. 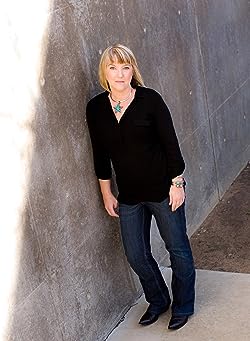 Julia Heaberlin is a thriller writer for Penguin Random House. She has written three psychological suspense novels set in Texas: BLACK-EYED SUSANS (July 2015), PLAYING DEAD and LIE STILL. Before writing books, she was an award-winning editor at newspapers that include the Fort Worth Star-Telegram, The Detroit News and The Dallas Morning News. She lives in the Dallas/Fort Worth area with her husband and son.

Congratulations to Becky for being one of the lucky IBBS winners! She scored a signed copy of Red Summer plus one of my handmade leather RS themed bookmarks! Congrats and enjoy!

Honey Cantrell was a comic book geek who enjoyed hanging out with her arcade-hopping friends. Then the aliens known as Celestials came, and Honey was thrust into a life she had never imagined.
Things got worse for Honey when one of seven Celestial Orbs chose her for a role she was not qualified for. The Celestials needed a captain for their massive ship, a ship with a mind of its own, and the Orb selected Honey.
Honey had barely adjusted to the new responsibility when her Orb revealed a new, darker secret.
Her humanity was at risk.
She had become the reluctant subject of an illegal experiment implemented by her Orb’s previous owner. Her body was changing and no one knew what to expect, least of all Honey. With her future up in the air, she is forbidden to share her secrets with anyone. Resenting the lack of control over her own life and her new responsibilities, she closes herself off. Honey tries to keep to herself…until she meets her new partner, Sammus. After that, she is forced to deal with unexpected feelings, jealous squad members, a plot for revenge, and a dangerous alien mating ritual.
All Honey wanted was to be invisible but it’s getting harder and harder. Can she build a relationship with Sammus? Trust her classmates? Lead a ship filled with aliens? Most importantly, can she learn how to thrive in this new body, now that she’s only Mostly Human?